Library handouts and a video presentation on starting your research using the resources at the Macdonald-Kelce Library at The University of Tampa.

Use these assessment tools to evaluate what you're reading. Still confused about what news is trustworthy and what is fake? Read through our Fake News guide. 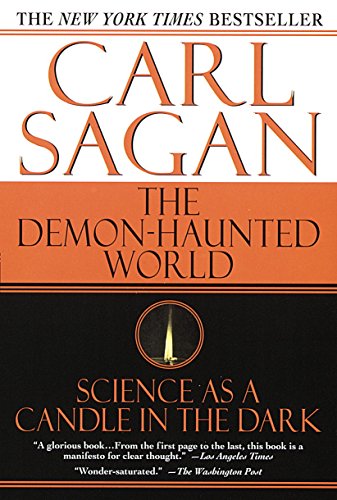 In his 1996 book The Demon-Haunted World: Science as a Candle in the Dark (find it on the second floor: Q175 .S215 1997), the astrophysicist and philosopher Carl Sagan offers us a toolkit for maintaining unbiased judgment in the face of falsehood, propaganda, and misinformation in a chapter called "The Fine Art of Baloney Detection." Here are steps you can take when evaluating anything you read (not just science scholarship), as well as using these ideas to evaluate your own writing.

1)  Wherever possible there must be independent confirmation of the “facts.”

2)  Encourage substantive debate on the evidence by knowledgeable proponents of all points of view.

3)  Arguments from authority carry little weight — “authorities” have made mistakes in the past. They will do so again in the future. Perhaps a better way to say it is that in science there are no authorities; at most, there are experts.

4)  Spin more than one hypothesis. If there’s something to be explained, think of all the different ways in which it could be explained. Then think of tests by which you might systematically disprove each of the alternatives. What survives, the hypothesis that resists disproof in this Darwinian selection among “multiple working hypotheses,” has a much better chance of being the right answer than if you had simply run with the first idea that caught your fancy.

5)  Try not to get overly attached to a hypothesis just because it’s yours. It’s only a way station in the pursuit of knowledge. Ask yourself why you like the idea. Compare it fairly with the alternatives. See if you can find reasons for rejecting it. If you don’t, others will.

6)  Quantify. If whatever it is you’re explaining has some measure, some numerical quantity attached to it, you’ll be much better able to discriminate among competing hypotheses. What is vague and qualitative is open to many explanations. Of course there are truths to be sought in the many qualitative issues we are obliged to confront, but finding them is more challenging.

7)  If there’s a chain of argument, every link in the chain must work (including the premise) — not just most of them.

8)  Occam’s Razor. This convenient rule-of-thumb urges us when faced with two hypotheses that explain the data equally well to choose the simpler.

9)  Always ask whether the hypothesis can be, at least in principle, falsified. Propositions that are untestable, unfalsifiable are not worth much. Consider the grand idea that our Universe and everything in it is just an elementary particle — an electron, say — in a much bigger Cosmos. But if we can never acquire information from outside our Universe, is not the idea incapable of disproof? You must be able to check assertions out. Inveterate skeptics must be given the chance to follow your reasoning, to duplicate your experiments and see if they get the same result.